Twitter Inc said on Thursday that its microblogging platform was back up partially after suffering a worldwide outage for more than an hour. 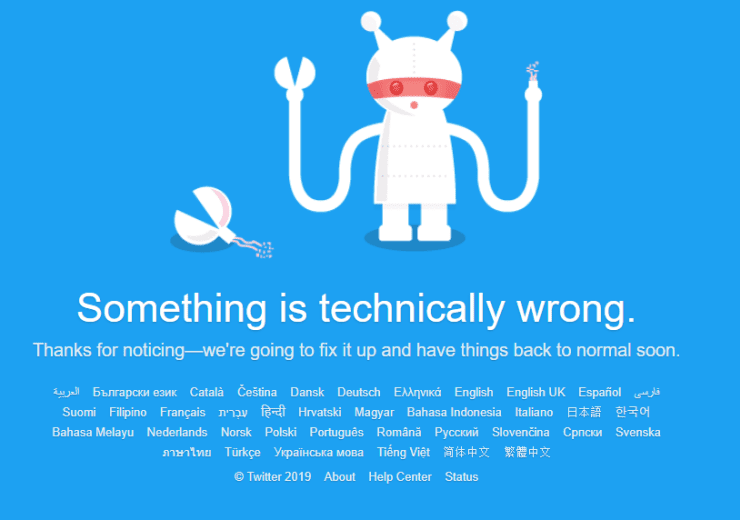 “We were down … and now slowly coming back up. Sorry!,” Chief Executive Officer Jack Dorsey said in a tweet here

The interruption was due to an internal system change, the company said, adding that it was working to fully fix the problem.

Outage tracking website Downdetector.com earlier showed that there were nearly 70,000 people across the globe reporting issues with Twitter.

Earlier on Thursday, users complained that Reddit had issues as well. When attempting to access the website from a desktop, users saw the “Ow!” error message and were informed that their “CDN” was unable to reach servers. However, it seemed the problem didn’t carry over to the mobile version of the website because users were still able to access it and browse subreddits on mobile devices.

Shares of the company were marginally down in extended trading.