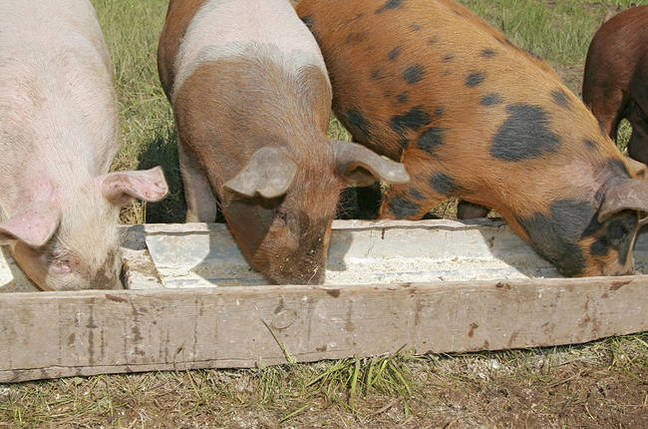 By Kieren McCarthy ICANN’s CEO has infuriated domain investors by dismissing them as domain “hoggers” in an interview at the World Economic Forum in Davos.

Talking about the introduction of hundreds of new top-level domains, and prompted by the interviewer about the risk of “landgrabs” under the new names, Chehade gave what some feel was a telling answer:

“The reality is, the more there are names, the less people will actually be hogging names in order to charge a lot for them. Because if somebody took your name on dot-x, you can go get another name on dot-y now.

“We went from 20-something to top-level domains to hundreds now… We think it will actually reduce cybersquatting eventually.”

That response – particularly connecting domain investors with cybersquatters – sparked a furious response from the industry. One veteran and blogger Michael Berkens pointed out that all those “hogged” domains contribute a significant amount of ICANN’s budget and that many of the applicants for new gTLDs – from which ICANN has received millions of dollars in fees – come from the domaining world.

“ICANN has taken in a tremendous amount of money off the back of us ‘hogging up domains’,” complained Berkens. He also pointed out that the largest single new gTLD applicant, Donuts – which applied for over 300 extensions and so contributed over $50m to ICANN’s coffers – made much its money from domainers.