The U.S. hasn’t even abandoned its Web protection yet, and authoritarians are making their move. by wsj.com

The Obama administration plan to give up U.S. protection of the open Internet won’t take effect for a year, but authoritarian governments are already moving to grab control. President Obama is learning it’s as dangerous for America to create a vacuum of power in the digital world as in the real one.

In March the administration asked Icann, the Internet Corporation for Assigned Names and Numbers, to suggest a plan for overseeing the Internet after September 2015, when U.S. governance is scheduled to end. The U.S. charged this group, which maintains the root-zone file of domain names and addresses, with somehow finding mechanisms to prevent other governments from undermining the permissionless, free-speech Internet built under U.S. oversight.

Instead, Icann set up a process to hand control over to governments. Under the current “multistakeholder” system, an advisory group of governments has only as much power as other stakeholders, such as Web registries, website owners, free-speech groups and other nonprofits. But in August, Icann quietly proposed changing its bylaws to rubber-stamp government decisions unless two-thirds of the Icann board objects. In turn, Iran has proposed that the government group move to majority voting from the current consensus approach. That would enable the world’s majority of authoritarian governments to rewire the Internet more to their liking. 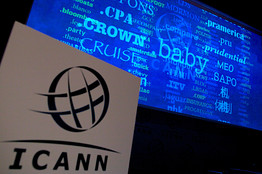 What will this mean? Authoritarian governments could for the first time censor the Web globally, not just in their own countries. Russia could get Icann to withdraw Ukrainian sites. China could engineer the world-wide removal of sites supporting freedom for Hong Kong or Tibet. Iran could censor its critics in the U.S. Website operators could also expect new global fees and regulations.

Such a change “would fundamentally transform Icann away from being a ‘bottom-up’ and ‘private sector-led’ organization and into a governmental regulatory agency,” wrote Robin Gross, a former chairman of the Icann group representing nonprofits, on the CircleID blog. “Why Icann would voluntarily choose to empower non-democratic governments with an even greater say over global Internet policies as this bylaw change would do is anyone’s guess.”

The Internet Commerce Association, which represents Web businesses, warns that the proposal “would transform Icann into a government-led organization,” which is “completely counter” to the U.S. requirement that the Internet remain free of government control.

In a speech in July, a U.S. Commerce Departmentofficial played down the danger. “The idea that governments could enhance their influence within Icann by changing its rules to allow for a majority vote on policy issues reflects a misunderstanding of the policymaking process at Icann,” said Assistant Secretary Lawrence Strickling. Wrong. Mr. Strickling and his administration colleagues have misunderstood how serious other governments are about filling the vacuum of power with repression.

Icann also upset all its major stakeholder groups by ignoring their demand to make it more accountable absent U.S. oversight. Stakeholders had instructed Icann to create an “independent accountability mechanism that provides meaningful review and adequate redress for those harmed by Icann action or inaction in contravention of an agreed-upon compact with the community.” Instead, Icann announced that it would oversee itself.

A dozen stakeholder groups quickly sent Icann chief Fadi Chehade a letter objecting. “How does Icann intend to handle the inherent conflict of interest with developing its own accountability plan?” they asked. “Why didn’t Icann invite proposals from the community and why wasn’t the community involved in the drafting of the staff plan?”

An objection sent jointly by business and nonprofit stakeholder groups to the Icann board said: “This plan, imposed on the community without transparency and without the opportunity for public comment, creates inconsistency, disregards proper Icann procedure, injects unfairness into the process and defeats the purpose of the entire accountability examination.”

Philip Corwin, a lawyer specializing in Icann issues, calls pushback against the organization “unprecedented.” Last week, Icann agreed to put off the new rules, but only for a brief comment period.

Much of the blame for the splintering of the multistakeholder system lies with Mr. Obama’s naïveté in putting Internet governance up for grabs. He underestimated the importance of Washington’s control in maintaining an open Internet—and the desire among other governments to close the Internet. And there still is no plan to keep Icann free from control by governments.

Administration officials pledged to Congress that the U.S. would keep control over the Internet if the alternative was to empower other governments or if there isn’t full accountability for Icann. Both red lines have been crossed.

If Mr. Obama persists, Congress should block his plan with a simple message: The open Internet is too valuable to surrender.