Leading human rights groups are calling on Google to cancel its plan to launch a censored version of its search engine in China, which they said would violate the freedom of expression and privacy rights of millions of internet users in the country. 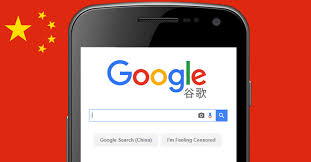 A coalition of 14 organizations — including Amnesty International, Human Rights Watch, Reporters Without Borders, Access Now, the Committee to Protect Journalists, the Electronic Frontier Foundation, the Center for Democracy and Technology, PEN International, and Human Rights in China — issued the demand Tuesday in an open letter addressed to the internet giant’s CEO, Sundar Pichai. The groups said the censored search engine represents “an alarming capitulation by Google on human rights” and could result in the company “directly contributing to, or [becoming] complicit in, human rights violations.”

The letter is the latest major development in an ongoing backlash over the censored search platform, code-named Dragonfly, which was first revealed by The Intercept earlier this month. The censored search engine would remove content that China’s ruling Communist Party regime views as sensitive, such as information about political dissidents, free speech, democracy, human rights, and peaceful protest. It would “blacklist sensitive queries” so that “no results will be shown” at all when people enter certain words or phrases, according to confidential Google documents.

Google launched a censored search engine in China in 2006, but ceased operating the service in the country in 2010, citing Chinese government efforts to limit free speech, block websites, and hack Google’s computer systems. The open letter released Tuesday asks Google to reaffirm the commitment it made in 2010 to no longer provide censored search in China.

The letter states: “If Google’s position has indeed changed, then this must be stated publicly, together with a clear explanation of how Google considers it can square such a decision with its responsibilities under international human rights standards and its own corporate values. Without these clarifications, it is difficult not to conclude that Google is now willing to compromise its principles to gain access to the Chinese market.”

The letter calls on Google to explain the steps it has taken to safeguard against human rights violations that could occur as a result of Dragonfly and raises concerns that the company will be “enlisted in surveillance abuses” because “users’ data would be much more vulnerable to [Chinese] government access.” Moreover, the letter said Google should guarantee protections for whistleblowers who speak out when they believe the company is not living up to its commitments on human rights. The whistleblowers “have been crucial in bringing ethical concerns over Google’s operations to public attention,” the letter states. “The protection of whistleblowers who disclose information that is clearly in the public interest is grounded in the rights to freedom of expression and access to information.”