Court: For the foregoing reasons, ICANN’s motion for a protective order is DENIED. The parties are to work
out among themselves where to conduct the deposition.

In the ongoing pretrial motions of the DCA vs ICANN lawsuit, DCA had requested ICANN to produce Mike Silber (“Silber”), an ICANN Board Director from South Africa who ICANN had refused to produce for deposition.  Instead, ICANN sought a protective order from the Court to prevent Mike Silber from being deposed by DCA,  a motion that DCA heavily opposed and ICANN lost the ensuing legal engagement.

The arguments in this latest case appear to have vindicated DCA’s position from over five years ago, when DCA filed an ethics and conflicts of interest complaints against two ICANN Board of Directors with ICANN’s Ombudsman. It will be remembered that DCA Trust severally complained to the ICANN leadership to ensure that Mike Silber and other Board members recuse themselves from any decision that related to .Africa gTLD due to perceived Conflict of Interest, to include Board member Chris Disspain. 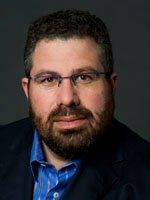 Mike Silber (“Silber”) was one of the ICANN Board members who voted on the flawed GAC advice, the individual subject to this motion and who DCA intends to depose.  Prior to that decision, DCA had submitted a complaint to the ICANN Ombudsman citing a conflict of interest with Silber, through his former affiliation as a director of DCA’s only competitor for .Africa, intervenor ZA Central Registry, NPC (“ZACR”) and his affiliation at the time with as Treasurer and Director of the .za Domain Name Authority (“ZADNA).

On June 4, 2013, the Board of Directors of the Internet Company Corporation for Assigned Names and Numbers (“ICANN”) voted to reject Plaintiff DotConnectAfrica Trust’s (“DCA”) application.   ICANN voted to do this, based on flawed advice that it accepted from its Governmental Advisory Committee (“GAC”). This was factually determined, in the Independent Review Panel (IRP) Process, where DCA challenged ICANN’s improper rejection of its .Africa new gTLD application.

DCA Trust submitted its arguments to the court that,

ICANN argues that Silber’s testimony is irrelevant.  As explained above, however, Silber was involved in a number of decisions regarding DCA’s .Africa application. ICANN further argues that a third-party, the ICANN Ombudsman, already made a determination that Silber was not conflicted.  ICANN does not disclose that the Ombudsman’s decision, was based on the fact that Silber had not yet made any decision on DCA’s application (prior to the time of the investigation) and ruled that any disqualification was therefore premature.

On October 4, 2017, DCA noticed the deposition of Mike Silber and requested that Silber provide documents at this deposition. (Pushinsky Decl. ¶ 2, Ex. A.) To the date of this filing, Silber remains a Board member of ICANN.  Although the IRP ruled in favor of DCA as to ICANN’s Board’s decision (with Silber voting) to reject DCA’s application, the IRP did not make any finding as to Silber’s conflict of interest, influence on fellow Board members, or any discussions that the ICANN Board had prior to rejecting DCA’s application the first time.

Silber’s Testimony is Discoverable and Will Likely Lead to the Discovery of Admissible Evidence.   ICANN is wrong that Silber’s testimony is irrelevant, and by relying upon that argument only, has failed to demonstrate any unwarranted annoyance, undue burden, or good cause justifying the granting of a protective order prohibiting Silber’s deposition

In its latest DCA Vs ICANN Motion for Protective order the court says,

ICANN argues that the evidence shows at this time that DCA’s application would have been rejected in the end anyway, so Silber’s testimony is no longer relevant. However, the Court finds, as DCA argues, that Silber can testify to matters directly relevant to DCA’s claims, as they remained following the Court’s order on ICANN’s motion for summary judgment in August 2017…..

ICANN has history refusing to present its own witnesses on .Africa and  being overuled!

The ruling is almost similar to the DCA Trust vs ICANN Independent Review Process (IRP), where ICANN in its own argument had written to the IRP Panel administering the DCA Trust Vs ICANN IRP to indicate that its own witnesses mentioned in the IRP case, i.e. ICANN Board member, Mr. Chalaby, and former GAC Chair Ms. Dryden would not testify before the Panel.

ICANN also wanted the IRP panel to admit and accept written witness statements from Mr. Chalaby and Ms. Dryden on ‘face value’  but it did not want these witnesses to participate in a formal hearing that the Panel will convene to verify these previously submitted statements.

The IRP Panel  declared that

“..the Panel requires all three witnesses in this IRP to be physically present at the hearing in Washington, D.C.  If a witness fails to appear at the hearing without a valid reason acceptable to the Panel, the Panel shall in its sole discretion draw the necessary inferences and reach appropriate conclusions regarding that witness’s Declaration…

In Conclusion, The Court states;

For the foregoing reasons, ICANN’s motion for a protective order is DENIED. The parties are to work
out among themselves where to conduct the deposition.

Defeating this Motion for Protective Order would enable DCA Trust to formally depose Mike Silber and obtain helpful testimony from the ICANN Board Director, as DCA tries to gather important evidence that would be necessary to proving its case against ICANN.

It seems ICANN has no shortcut but to allow the full review of its actions before the court.  We will continue to follow this case closely.