Africa is a continent is need of a regional online identifier. Recently submissions have been made and the continent managed only 17 applications to own new generic TLD’s to ICANN.

From the applications, one name ‘.africa’ has been made famous, thanks to the uncompetitive nature that the applicants have been exposed to due to the unprecedented involvement of African Union which is expected to have been simply an overseer of the project.

However as the squabbles continue between the applicants DotConnectAfrica and Uniforum and the ambivalence shown by the bodies involved in the whole new gTLD process whether legitimately or not, a new name has roused the continent. According to Ope Odusan, Managing Director, Africa.com Domains. 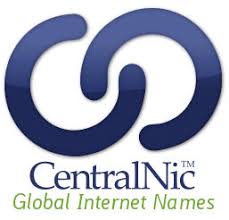 quench the drought of a regional unique identifier that will stand until the .africa issue is resolved.

The .africa.com extension is provided by a company called Africa.com in conjunction with CentralNIC a company that DotConnectAfrica is also working with, reportedly 16 years of domain industry experience and supporting 60 New gTLD applications. CentralNic has just introduced a new domain to its portfolio of 26 two-letter .com and .net extensions including .UK.COM (UK), .US.COM (US), .COM.DE (Germany) and .CN.COM (China) plus the world’s first city TLD – .LA for Los Angeles. The latest domain is .africa.com.

The take up  is reminiscent of the time over 6 years ago when the CEO of DotConnectAfrica (DCA), Ms. Sophia Bekele took to the global market, the then unknown name of “.africa”  Top Level Domain extension.  Evidently it became an instant attraction with the marketing and style of public communication adapted by DCA, and was keen to emerge as one of the most brilliant timely idea to give the African continent a technological facelift.

The attractiveness of the name .africa.com that has come as a successful surprise to many shows the path that a well designed project can take. It gives the notion that if a project has contact with the regional bodies as a direct involvement, it jettisons even before it has been drafted.

This could be a timely lesson to the organizers of the .africa strings, that the best way to manage it is to allow it to be handled by serious business and marketing people who can promote it successfully such that it can benefit the continent.  It appears DCA as an African company was on the right path.

CentralNIC, also partnering in Africa, with its portfolio and style of managing domain names is showing success as reported by their recent Interim results for the six months ended 30 June 2013. Commenting on the results, John Swingewood, Chairman, said:

“We are extremely pleased with the progress seen in this first half, which is reflected in these results, serving as confirmation that our model of distributing domain names to retailers globally represents a significant and growing opportunity.  The Company is undergoing sustained growth resulting from increased demand for our domain names, establishing new retail channels and securing new inventory. What is more impressive is that these results are yet to include revenues from sales of our pipeline of new Top-Level Domains, which include .college, .bar, .wiki and .xyz, for which the first launch activities are due to start at the end of the year.

“Our objectives when we listed on AIM were to accelerate our growth through securing new retail channels, including our own proprietary channels, and obtaining new inventory through commercial and government contracts, including making strategic investments in new TLD applicants.  I am delighted that we are already making progress in each of those areas only weeks after listing. These are exciting times for CentralNic and the Board is confident that the Company will achieve its commercial targets for the full year.”

May be its time for the Africa Union and ICANN to realize that this is the way to go.  To involve governments as facilitators and endorsers rather than direct partners in the projects.

ICANN seem to have failed to realize that African Union is nothing like EU- European Union.  ICANN need a serious balanced engagement in Africa to understand this.